It’s all about perspective. That, plus a little grit and determination.

There are some people that are very adept at turning lemons into lemonade.

It’s not magic: It’s a matter of perspective. They view setbacks as opportunities. They transform difficulty into challenges to overcome. They go where others fear to tread. They succeed where others fail or won’t even try — and so on.

Explorers, entrepreneurs, entertainers, artists, tinkerers, innovators and inventors all are faced with trials that are seemingly impossible or — at least — very difficult to overcome. Yet they look at these difficulties as opportunities to show their grit, perseverance and creativity.

Years ago the iconic entertainer and comedian Bob Hope told a joke about penguins. The joke bombed. He gave the punch line. Absolute silence. No one in the audience giggled, snickered… let alone laughed. Hope went on with his routine unfazed. But he returned to his penguin story in short snippets time and time again until little by little the audience got it, started laughing, and by the end of his time on stage, Hope would take two penguin steps and people were howling with laughter. His comeback from a disaster was much funnier than that joke.

Jokes, as well as sales pitches, new product launches and organizational efforts all fail on occasion. But those with the grit and determination can often transform the failure into the start of something better, sweeter, more exciting or more successful. It takes confidence, the ability to question the reasons for failure, and the right perspective.

That perspective is “I can do this.” “If I try another material I can make an electric light bulb.” “If I sail the boat beyond the horizon I don’t think it will fall off the earth.” “If I climb a little higher I can climb the mountain.” “If I call the prospect again, I have a chance I will make the sale.” “If I tell the joke a different way, the audience will laugh.” “If I practice those difficult parts of music another thousand times, I’ll be able to play the Mozart concerto.”

And, of course… “If I add sugar to lemon juice I can make it sweet and delicious.”

Sure sweeter than sucking on a lemon! 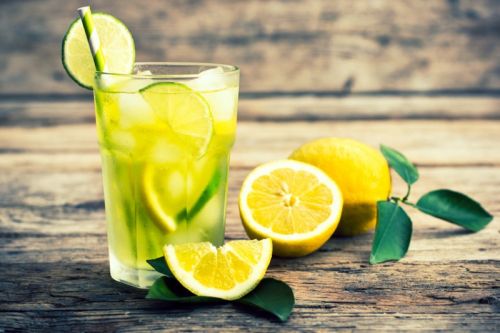